From a news standpoint, anomalies are extremely interesting because unexpected events, patterns and trends are very newsworthy in the best case or a sign of error and manipulation in the worst case.

Anomaly detection is the identification of rare items, events or observations which should raise suspicion (and curiosity) by differing significantly from the majority of the data. Anomalies are also referred to as outliers, novelties, noise, deviations and exceptions. [according to Wikipedia]

Interesting is what is unexpected. Automatic anomaly detection can help identify what's the norm to flag the unexpected. The proposed tool works on a language level but mainly and most importantly on the information content, i.e. on facts hidden in deeper layers of story text.

It builds on my DNI project from round 2 (Structured News: Atomizing the news into a browsable knowledge base for structured journalism) to extract and transform all kinds of information contained in news text into normalized and highly structured data structures that intelligent algorithms are able to utilize.

The goal would be to monitor and track fast-paced news feeds and news wire for outliers, that is changes in the underlying phenomenon that is out of the ordinary but could not be observed without the comparison with larger background information that only automation can process.

The prototype would start with data types I have already worked with during the before mentioned DNI project. Reacting on the following types of changes would be my first and primary focus:

Anomaly detection could be an assistent tool for the newsroom and the individual journalist. It could be a new factor in ranking news and prioritizing effort. It could be of great value to generate novel ideas for news stories and data journalism. It could be a further component in the anti-fakenews campaign.

What makes your project innovative?

Anomaly detection is well-known for time series data, e.g. fluctuating numbers over time, like stock prices. It is also known for log file analysis, e.g. network security. I have not found many examples that take natural text as raw input. Applying the ideas to the news context seems to be a relatively unexplored and therefore worthwhile idea.

To make the tool as useful as possible it has to be able to look much deeper into story text and comparison than usually possible. It has to look beyond the language level into the actual information content. But this problem has been solved to the most part during my former DNI project (Structured News: Atomizing the news into a browsable knowledge base for structured journalism) so I can build on this.

The tool will learn from history but also uses external sources like Wikipedia for background checks. To establish a kind of fact database I will use a number of natural language processing and machine learning approaches I'm already familiar with and I'd also like to try some newer deep learning techniques that seem very promising.

My goal is to deliver a service to analyze an existing article collection as a baseline to compare new incoming stories against. The tool would flag and evaluate before mentioned changes in the underlying data. An additional user interface allows the user to define criteria in different categories (s)he is particularly interested in.

Basis for the project will be 12 years worth of web news crawl data collected by my service rivva.de.

How will your Project support and stimulate innovation in digital news journalism? Why does it have an impact?

This project adds a new dimension to identify novel information buried in a news stream while at the same time flagging probably false information by looking much deeper into an article's text than usually feasible.

It should be a great addition to the repertoire of tools at the fingertips of journalists and newsrooms. It cuts and filters through news feeds, news wire and individual articles in a very special manner. It takes information theoretic measures to quantify the interestingness of news to uncover most unexpected info.

Therefore, it should be a great source for new insights, story ideas and data journalism projects. Of course it should also help flag human error or consumer manipulation.

Because the tool looks for unexpected events, patterns and trends, it plays an important role as a monitoring/alarming system. That's where anomaly detection has traditionally been used for. So, integration with other systems used for this purpose (e.g. a dashboard, Slack agent or Twitter bot) could be worthwhile.

I have only found a research paper from 2014 (http://www.aclweb.org/anthology/C14-1134) that takes part of the suggested approach. My project is much more interested in movement in data buried in news texts in forms and magnitude that only automated tasks can handle the flow of new information. 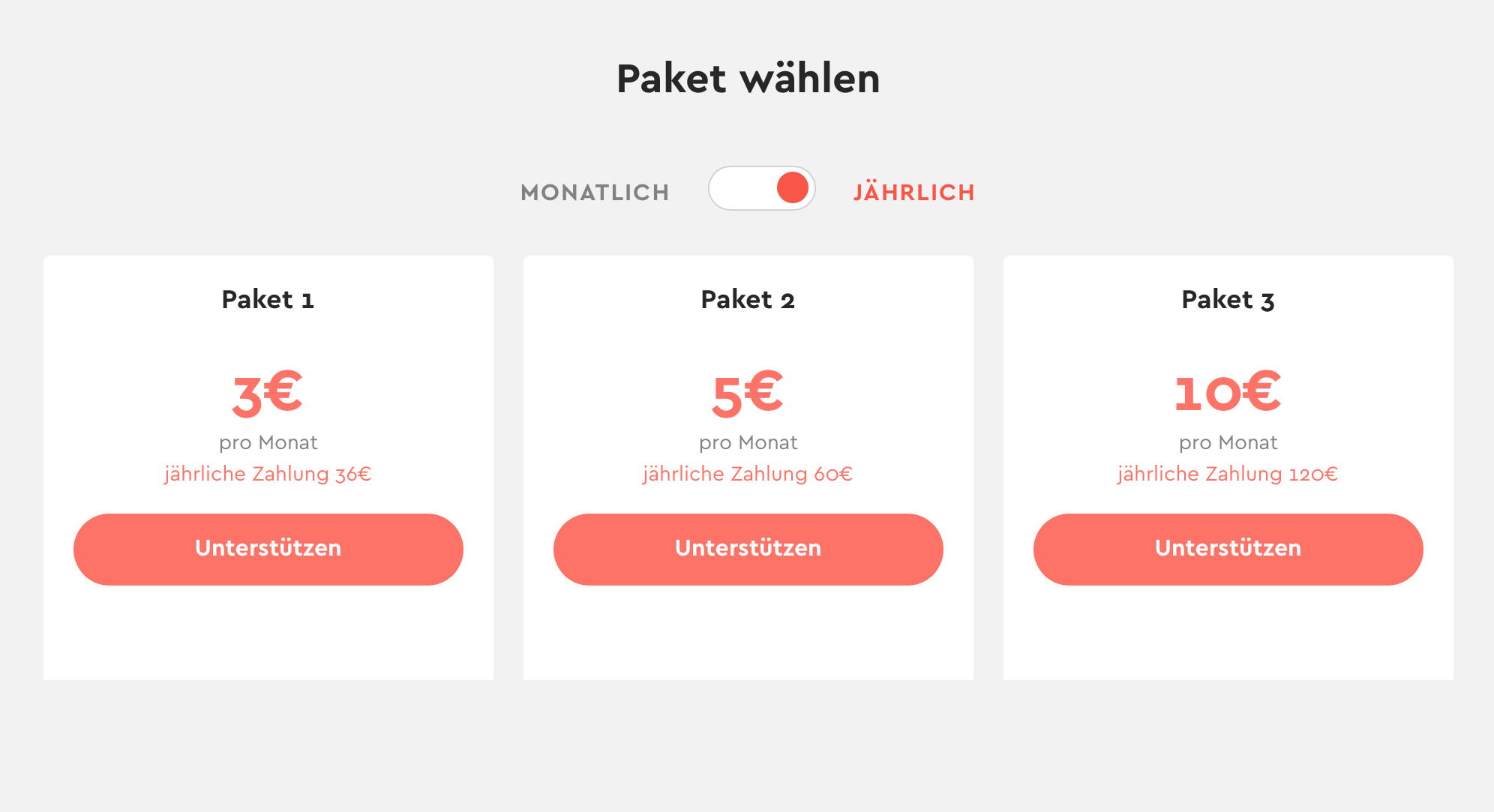 The internet is broken and we have to fix it. Recent years have seen an alarming increase in "toxic" communication in comments sections all around.

People wishing to express themselves are leaving the conversation because of abusive, hateful or otherwise anti-social speech. Several prominent news sites have shut down their discussions forums entirely, seemingly having given up on thoughtful audience feedback altogether.

I'd like to develop a tool for publishers that helps like a spam filter so that the civil exchange of ideas and different opinions becomes possible yet again.

Todays tone and behaviour in news discussions is reaching toxic levels, ultimately driving intelligent people away. This happens at a great loss for societal progress because the story and discussion around the fireplace is an age-old tradition of our species.

The assumption being tested with this prototype is that the careful application of the so-called "broken windows theory" supported by a bag of matching moderation tools could help restore our values in online conversation. According to the broken windows theory, "visible signs of crime, anti-social behavior and civil disorder create an urban environment that encourages further crime and disorder […]. The theory thus suggests that policing methods that target minor crimes […] help to create an atmosphere of order and lawfulness […]." (source: Wikipedia)

Carefully moderated comments sections offer rich debate and useful information for both journalists and readers. And who is not pleasently surprised when the comments below an article turn out to be even more useful than the original article? Even though content moderation poses substantial time investment on the publishers' side, it saves a multitude of this time on the consumers' side to sort through comment columns. Equipped with better tool support, moderators could keep these democratically so important discussion spaces alive and at a lower cost, but not so lively that they have to be turned off. As we know, the dosage makes the poison.

The prototype will do a job comparable to your spam filter and predict the probability that a user comment demonstrates abusive or in other regards offensive language. Flagged comments could then be sorted in ranked order according to "toxicity" indicators or trending topic to point moderators to the most controversial or fastest developing poisonous comment threads that deserve their attention first. Nobody would dispense with their email spam filter but when it comes to content moderation we could do with much more and better tool support as well.

The same functionality could be provided to readers and commenters on the news site. Readers could choose themselves via slider interface to filter out comments above a certain threshold of profanity, while commenters would get immediate feedback on the consequences of their writing.

Comments that would likely register at toxic levels would include those that contain hate speech, are off-topic, contain name-calling, are without substance or fit other offensive criteria for being sent to moderation. Perspective API (see below) currently recommends that no comment be automatically banned by the algorithm. Human judgement should be the basis for the final decision. The tool would guide the moderator by ranking the comments in order of attention needed, and the moderator would guide the tool by making the final call that the tool can learn from for scoring future comments.

What makes your project innovative?

This project will supply a prototype implementation for identifying, classifying and managing toxic comments.

Because I am not a content provider myself this project would be transformative to me if I could become a technology provider in the respected area. Through the web crawl corpus that my service rivva.de has archived over the last 11+ years I'm in the unique position to compare and contrast conversational tonality and behaviour online over long periods of time. My goal is to sample this corpus of comments from news sites, blogs, forums, Twitter and Facebook to create the initial dataset for experimentation. Ideally the community would submit and flag even more training examples. I could include the possibility to label comments and therefore create a valuable dataset directly on rivva.de. It would fit. The site's focus has always been about the aggregation of different perspectives on the news. This repository of data then could establish a baseline and playground to evaluate the ideas described and implicated.

The technology built for this project will mainly include several natural language processing and understanding tasks.

Since language is highly ambiguous, advanced natural language understanding will be most crucial to the problem. This project would help me familiarize myself more with state-of-the-art deep learning models like convolutional and long-short-term-memory neural networks.

Key deliverables will be a new dataset of manually labelled comments for the machine learning task of classifying user generated content into different bins of toxicity as well as an API for easy integration of this task into benefitting systems.

It's essential that we account for multiple degrees of toxicity and possibly overlapping classes. What types of user comments are appropriate on a given site is usually highly dependent on its content and intended audience.

Although a team led by Google (Jigsaw) is experimenting on the very same frontier, the German language poses some unique problems in text analysis and therefore bears overlapping efforts. Especially since Germany has spearheaded the effort by its new law against hate speech.

How will your Project support and stimulate innovation in digital news journalism? Why does it have an impact?

When comments sections can be managed more effectively and more efficiently, more stories can be opened up to comments in less time. When commenters can directly get feedback on the comment they are producing, tonality and behaviour online should improve, because they want their thoughts to be published, not rejected. When readers can themselves sort comments by their toxic level, better comments sections translate into more user engagement and therefore more advertising revenue. All in all, trust in news organizations can be regained.

But most importantly, discussion spaces are way too important to leave to the big social networks. They are one of the pillars of the internet and we should fight for (almost) everyone of them. They act as a medium for change. Just think of Apple's famous "Think different" campaign: "Because they change things. They push the human race forward."

Perspective API by Jigsaw and Google's Counter Abuse Technology team is part of a collaborative research project called Conversation AI. Its alpha version is currently being used by Wikipedia, The New York Times, The Economist, The Guardian and the Coral Project. A Kaggle data science competition on the subject and sponsored by Jigsaw has just ended.

Communities that have been operating on manual moderation with quite a success and for quite some time, often assisted by karma points, up- and down-voting systems and community ground rules, include MetaFilter, Hacker News and Reddit. 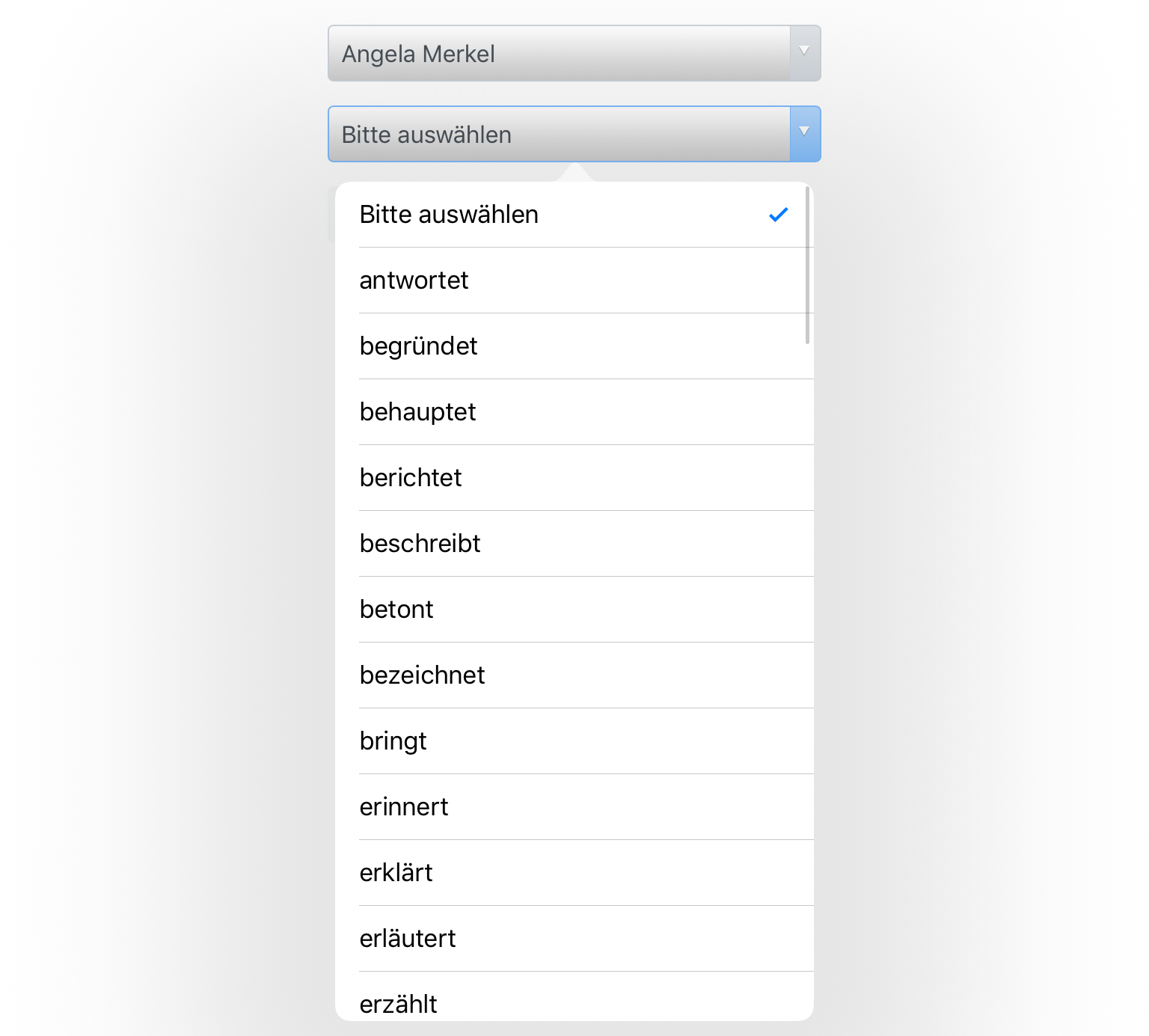 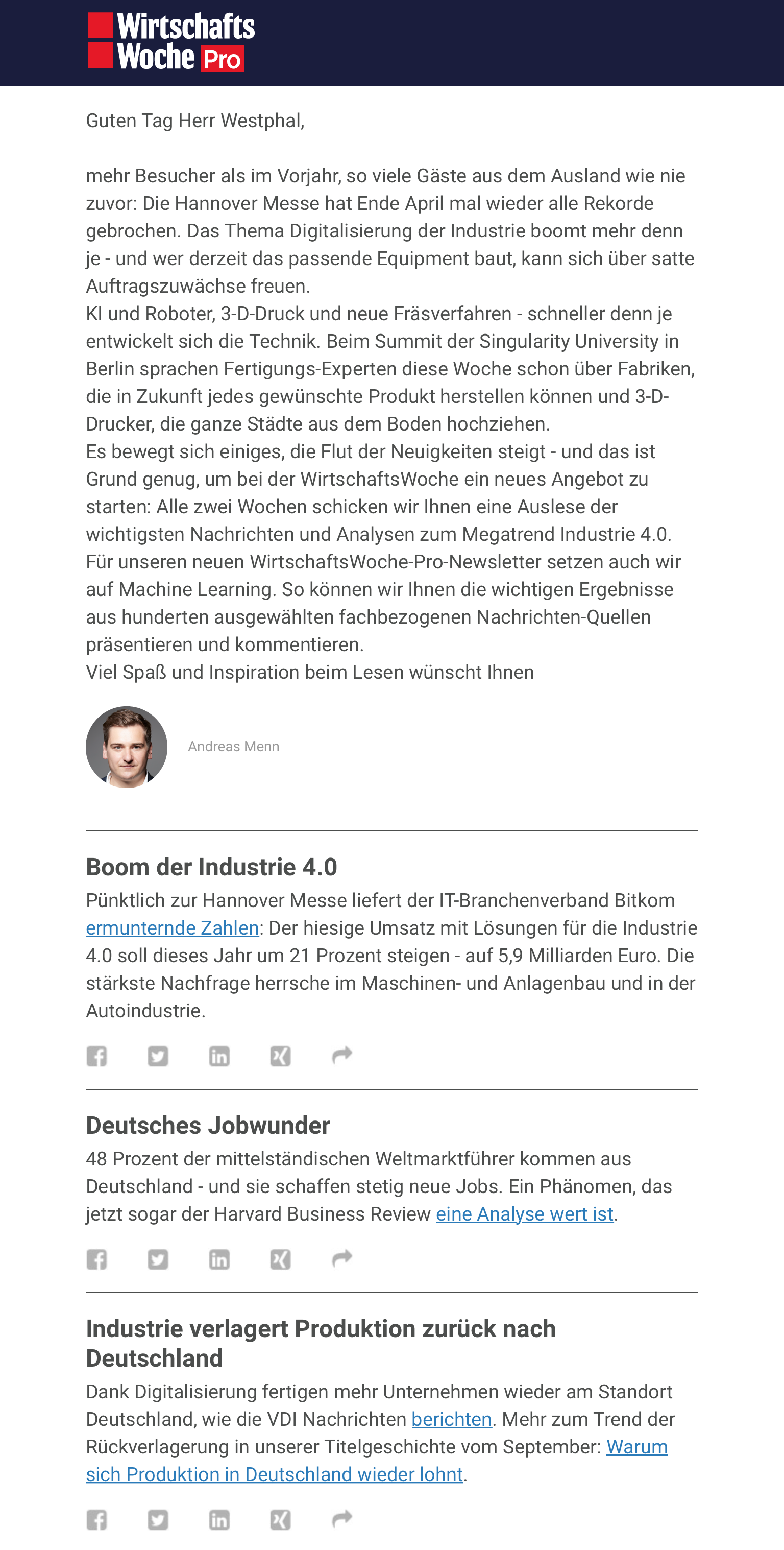 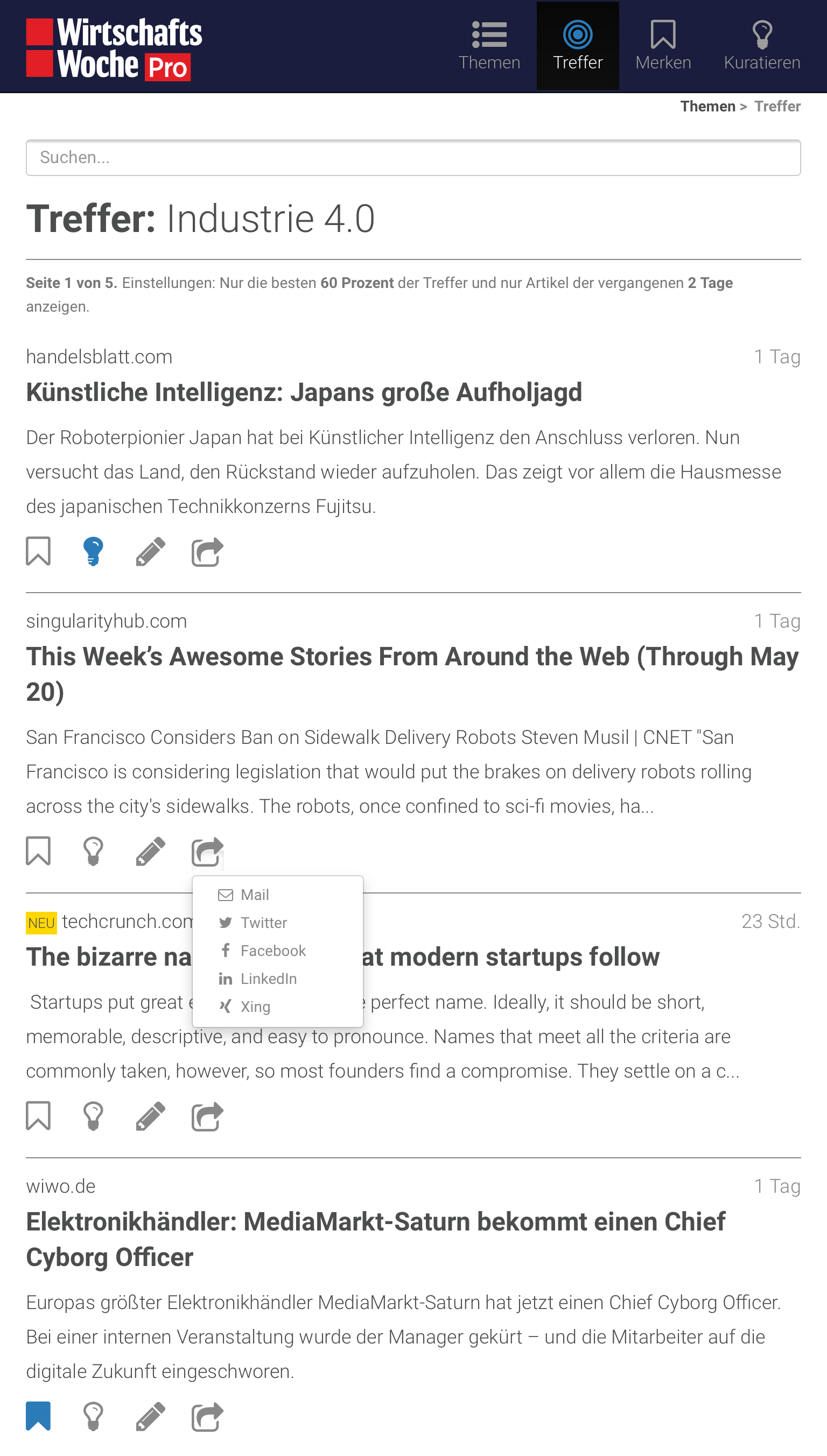 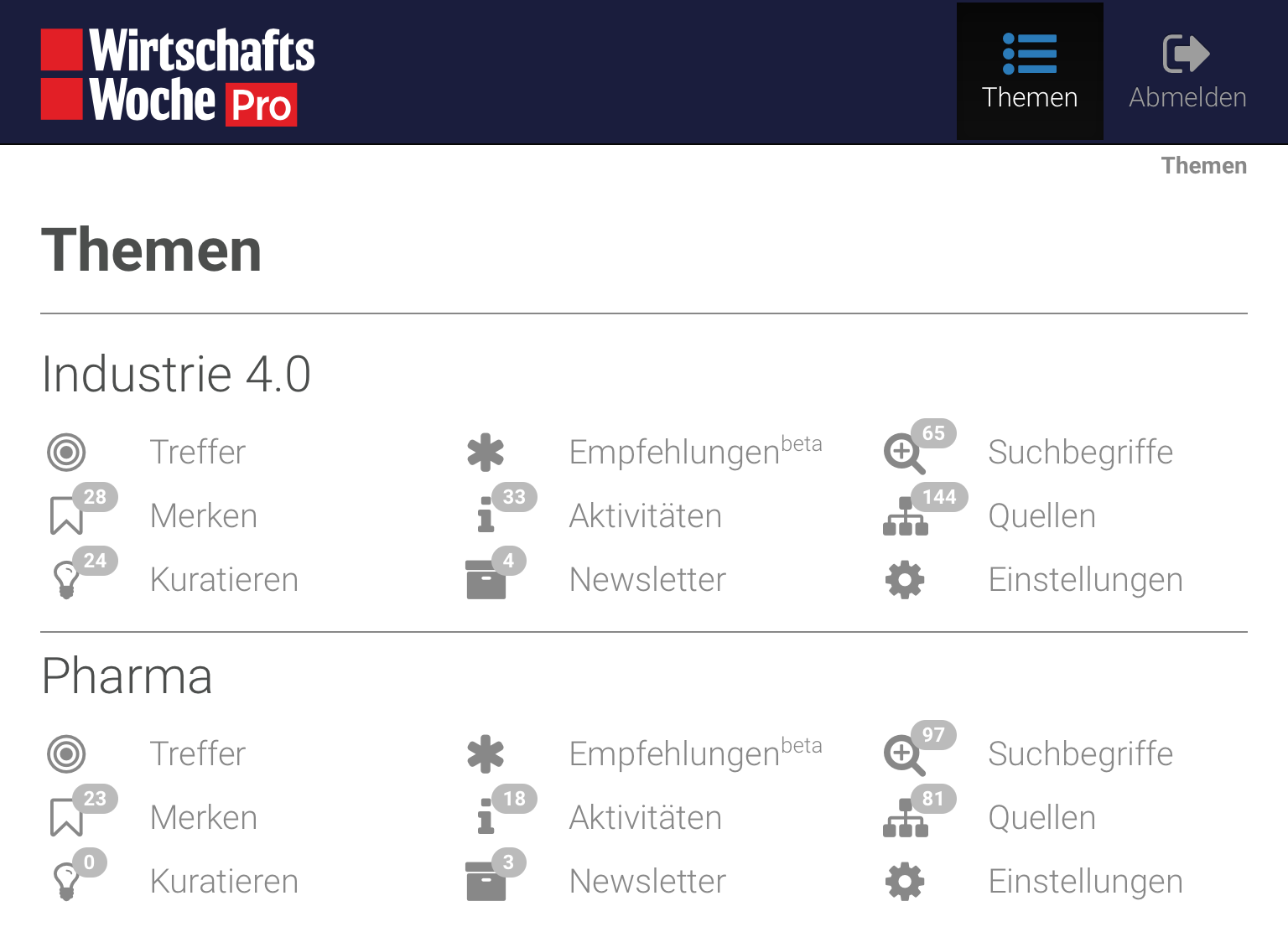